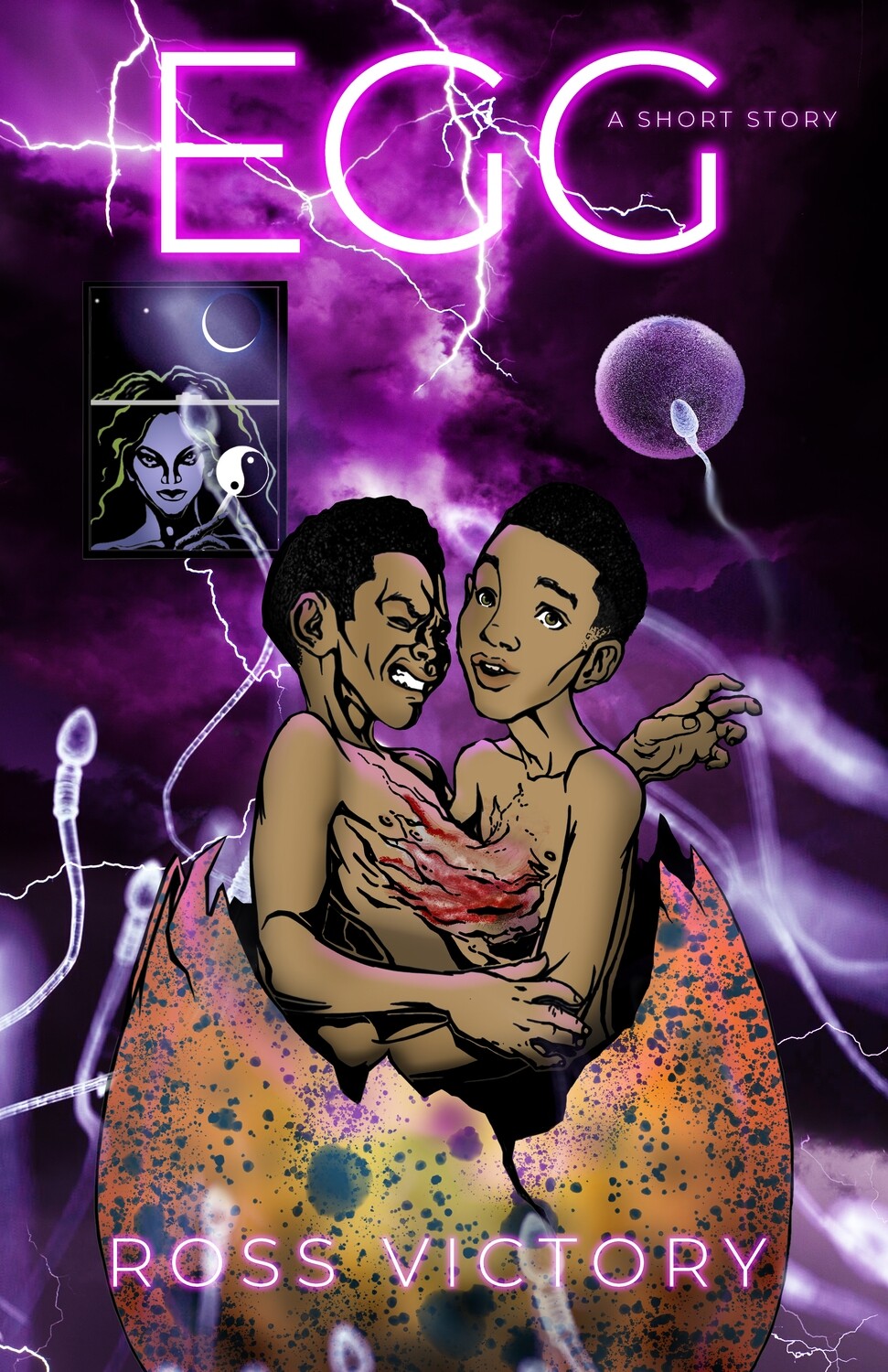 "Miracle baby" Nakoa Jamar discovers a mosquito bite in the center of his chest on his 12th birthday, which rapidly grows into an evil Siamese twin. The older Nakoa gets, the more terrorizing his twin brother, Marcus, becomes. Distressed by the changes in their family and unable to bear another scandal incited by Marcus, The Taylors, Nakoa's parents, research doctors to separate the twins after the boys nearly destroy each other in a merciless fight. The problem is the boys are conjoined at the heart. Separation will kill them both.

Using horror, fertility issues, and Yin and Yang symbolism as the backdrop, Egg contemplates what it means for light and darkness to manifest in the body. Egg explores the limits of love and the limits of hatred while speaking to the distinct ability we have as human beings-the ability to choose.

Save this product for later
Display prices in: USD